The Jupiter's Legacy saga, co-created by Mark Millar & Frank Quitely is coming to Netflix in May 2021.

''Netflix got in touch with me about an idea they had for a teaser trailer.

They wanted to shoot an artist's studio with drawings on the desk and each of the drawings would become more real until they became the stills from the show.

They send me six photographic stills from various scenes they had shot featuring the main players in the show and asked that I light-box the main shapes so that they'd line up as neatly as possible with the stills, but to go in and render the detail in my usual clear line style that I used in the Jupiter's Legacy comic.

One of the problems I had was that so many elements of the stills were out of focus, typically backgrounds and items in extreme foregrounds, so I was having to draw sharply defined shapes from very blurred reference.

The turnaround was pretty tight too and I ended up working long hours through the Christmas and New Year period.

When I was done they also asked me to send images from my sketchbooks, doodles, scribbles, thumb-nailed scripts, and photographs of my studio to give them clues as to what type of equipment I use and what kind of mess I work in.

What they ended up making was tastefully set and beautifully shot and really worked so well. I was delighted with the way it turned out.

These are the six finished drawings that were used in the shoot.''

Asked what he thought of the show Quitely responded:

"I've only seen stills from the show so far, but we'll get the chance to see the first episode a little ahead of time.

Mark and I built this whole world from the ground up so I'm really excited to see how Netflix brings it to life."

Jupiter's Legacy debuts on Netflix 7 May. Prior to that release we'll be releasing some more original artwork by Frank Quitely from the series through the website.. 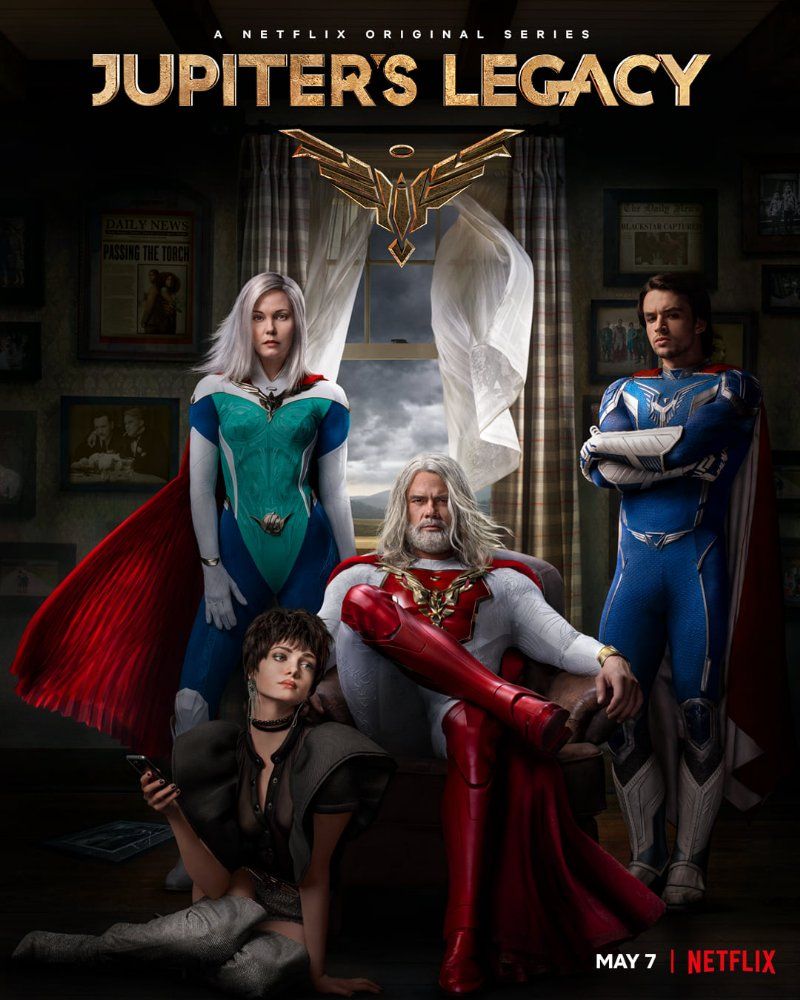